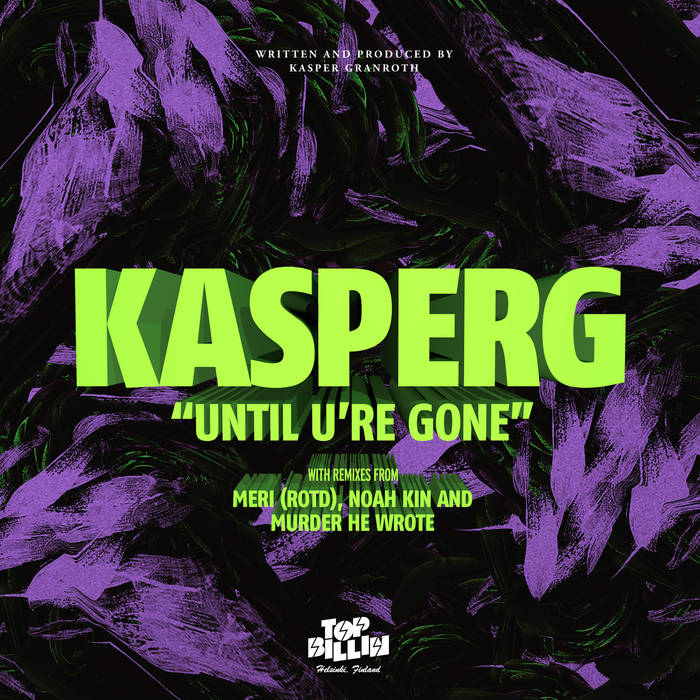 As we’re here standing in the crossroads of house music, happy hardcore and the lush pop sound, we can but wonder:

Should we remember the 1st British house record? That requires some extra digging in the crates, but it's no surprise that in the beginning, Britain wanted to imitate the American sound. That's has always been the story of dance music. Britain has been trying to do copies of black American music for decades, and the way they did it, lead way to different interpretation of the house sound.

As we became friends with the young talent named KASPERG (yes all caps) and heard his self-released ‘Cloudy’ EP, we noticed how distinguishably British he sounded. His, what some might call perhaps leftfied, approach to club and house music was clearly audible from the first track on. And a producer who possesses a surprising or unconventional position or style, has a place in our hearts.

Apart from producing his own tracks, KASPERG also tours with R&B artist Alma, and he’s not only the creative force within the design and live set-up of her band, but also the key drummer performing shows across Europe, including the recent BBC Radio 1 Future Festival. He’s also known for touring as a band member for acclaimed rapper (and extended Top Billin family member) Noah Kin. Also using his multi-instrumental skills he has developed his own live show featuring a full set-up and accompanying visuals.

Remixes, refixes, rerubs, reversions. Call them what you want, when the right artist gets their paws on the right parts, magic can happen, and this why we invited 3 hottest producers at the moment to bring their versions of KASPERG’s magic to the pack. From the UK Funky bass blower of Murder He Wrote to the classic breakbeat leaning remix from ROTD legend Meri to Noah Kin’s techno take on the original, there’s no shortage of good vibes with this release.