Jack Of Clubs #4: This is Cvnt 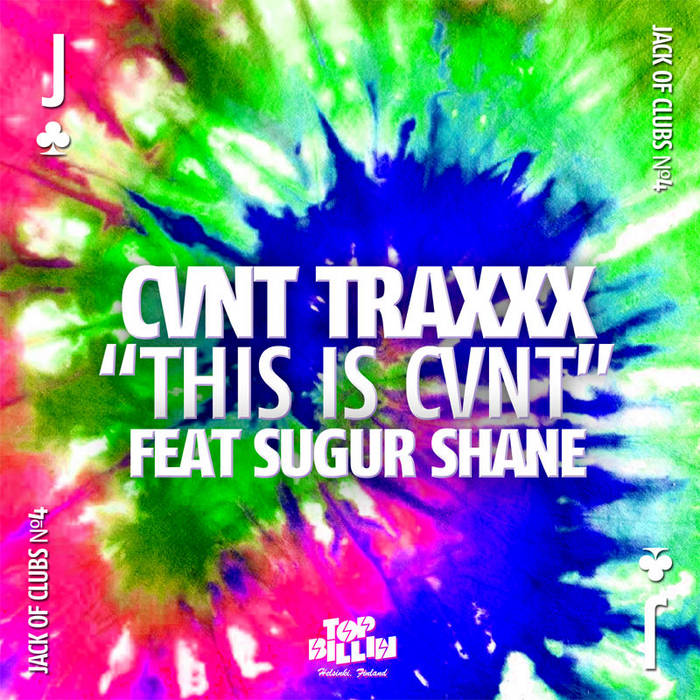 CUNT: (adj) a term used in gay slang to describe someone who is impressive, original or fantastic in regards to style or demeanour.

How would you define cunt? In the world of ballroom and vogue "cunt" is a term of praise, a compliment, and make no mistake, Cvnt Traxxx is "cunt" in all the right ways.

He has also shared bills with some of the most legendary figures in the world of ballroom, including Vjuan Allure, MikeQ and Jack Mizrahi, and regularly joins the House Of Trax/Trax Couture family in London to play alongside residents Rushmore and Fools and guests like Dreams, Evil Streets, Akito and Joey LaBeija. In addition to his DJ gigs he has recently completed high-profile mixes for I-D Magazine and FACT Mag.

We've been impressed with Cvnt's music since his tracks and remixes on Nervous, Knightwerk, Trax Couture, Body Work, and his fire mixtapes, so we're happy have him on board for his Top Billin debut single, featuring the vocals by Philadelphia's ballroom kingpin Sugur Shane.

The single itself is a jerking piece of New York and Jersey tribal house, keeping it pumping and hypnotic all the way through. With its distorted ghetto house production, Sugur Shane's whooping vocals and some classic 90s samples in the mix, it may be hard but it is most definitely "cunt": music for the club or the runway.