Back To A Week Ago 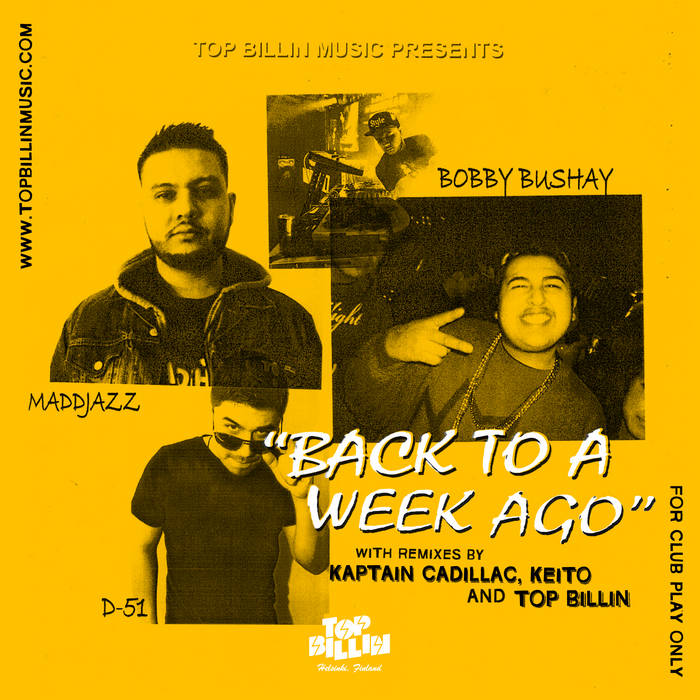 Chicago house music is staple, but how well do we know vocal juke from the same area. As long time supporters of ghetto house and all its sub genres, we're happy to present this single from Chi-towns finest, Maddjazz & D-51. We were first introduced to the guys through their crew Ghetto Division crew who represent the new sound of the midwest, and we’ve always liked the well crafted sounds of house, juke, ghetto tech and club music the guys have been crafting.

Maddjazz has been honing his style since 1996. Influenced by these early raves as well as his start in the turntablism scene where he won or placed in numerous DJ battles in the attempt to find inventive ways to showcase the emergent Chicago sound. In 2007 Maddjazz played an important role in forming the DJ and production crew Ghetto Division with his partners D-51, Rampage, Rob Threezy and others. In 2013 & 2015 respectably Maddjazz was selected to compete in the Red Bull Thre3style DJ championships where he placed 2nd in the Chicago qualifier both years, which made a statement that he is one of the best that Chicago has to offer.

DJ and producer Directive51 (also known as D-51) was created at Hot Jams Records in 2007, and the purpose and objective of D-51 has always been to control the dance floor and influence Chicago style music worldwide. With his notorious styles of juke, hip-hop, house and freestyle, this skilful producer has been making a name for himself lately alongside his windy city crew.

The single featuring the vocals by funny and talented Bobby Bushay is catchy as hell, keeping us singing 'back to a week ago' over and over, and bringing us memories of the Dance Mania days. Remember ‘Six Foe - Seasons’? Yeah, we do too. This new single is equally catchy and definitely a future classic in its own genre. Remixes in this pack come from Paris, Tokyo and Helsinki with such genre trailblazers as Kaptain Cadillac, Keito and Top Billin naturally.