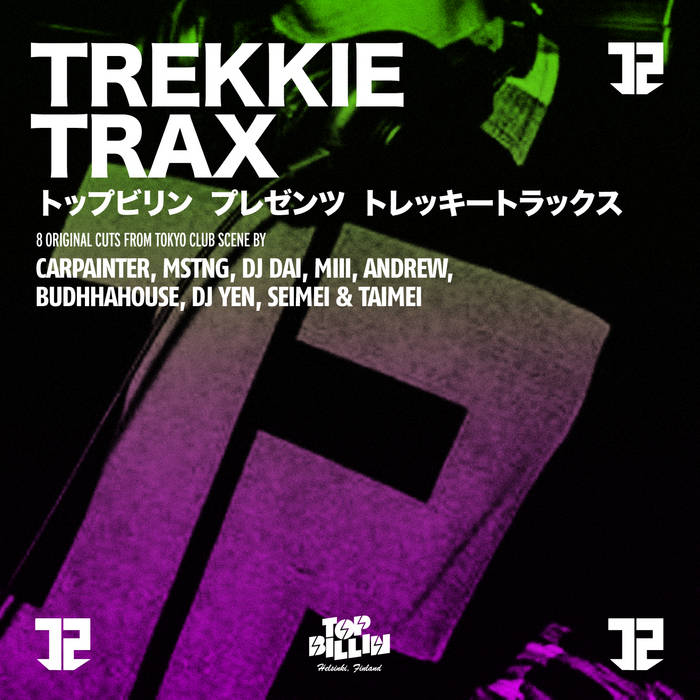 Since the rise of underground electronic music in the 90's, Japan has been one of the countries known cultivating great talent with it's music scene, but as westerners, we have not alway been up-to-date of the numerous DJ's and producers coming from the great country of the apple blossom. So let us introduce to you Trekkie Trax, a DJ / producer crew, internet label and club night from the deep heart of Tokyo, in the own words of Trekkie's boss, Seimei Kawai:

"Trekkie Trax is an internet label in based Tokyo and run by Seimei Kawai, Taimei Kawai (aka Carpainter), Andrew (aka Eiji Ando), DJ Bank, Saba (aka MSTNG) and Futatsuki The first release came out in 2012 via our own Bandcamp only. Several artist EPs have followed from various Japanese producers.

We have big plans to promote Japanese underground music. Releasing an album from one our artists is one of the main plans, and having DJ tours and deejaying at domestic/overseas clubs or music festivals is what we like to do as well. In all honesty, club scene in Japan is getting worse, we think, cause of the strict enforcement of the "no dance law". So the circumstances ironically motivate us to try to improve Japanese scene with our music. It has also convinced us to become a connector between music scenes in Japan and overseas, and actually that's why we sent demos to the big label which we can trust, Top Billin, although Trekkie Trax is a small label in Far East Asia.

Block.fm, the biggest dance music radio station in Japan (hosted by legendary Taku Takahashi) gave us the opportunity to do our own radio show which is called "Rewind" and it's hosted by Seimei, Carpainter and Andrew (Eiji Ando). The show's format is quite similar to 'In New DJ's We Trust' on BBC Radio 1, showcasing new and fresh talent. Other than all of the above, we also throw parties in downtown Tokyo, you should come and visit us sometime!"

Here at Top Billin we're very excited to work with Trekkie Trax. We feel the same with this group as when we discovered and introduced Club Cheval to the world, the same talent and enthusiasm can be found in this crew and they're just only started. The fire rises in the East.