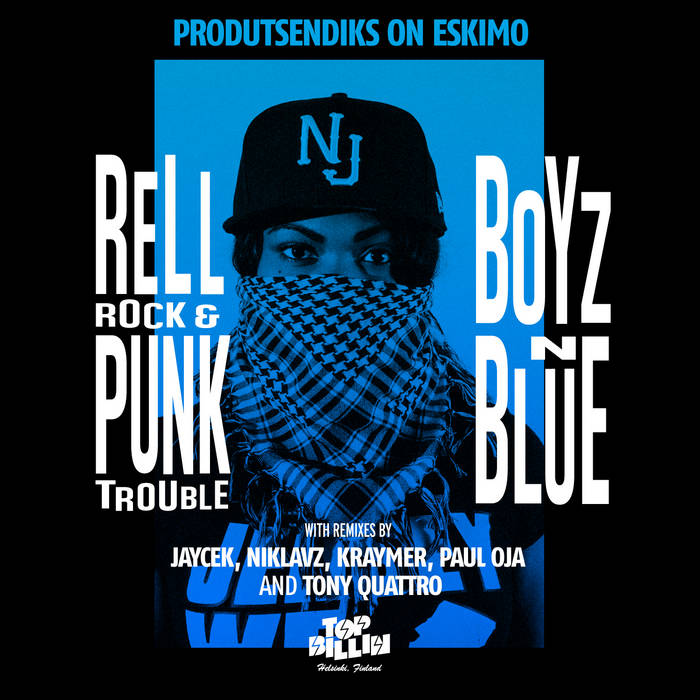 Within the years at Top Billin we've released dance tracks in many styles, but one thing that unites them all is is our love for rap music, and we mean vocal tunes with big drums and bass. As strong supporters of the underground, this new collaboration by New Jersey MC Rell Rock and Estonian bad boy producer Punk Trouble bring together all the elements we love from a combo like this, authentic sounds and real power.

Punk Trouble is a producer from Tallinn, Estonia. He signed his first record contract with DJ Critikal aka Bert On Beats in 2007 under his hip-hop alter ego called Eskimo and was also a nominee for 2008 Estonian Music Awards. In the beginning of 2013 alias Eskimo transformed into Punk Trouble after being influenced by California, Oakland and Los Angeles based producers who made interesting and unusual variations of trap music. Punk Trouble makes music bursting with pure energy, he creates music for all the punk troublemakers around the world who are not afraid to express themselves.

Sherrall Lovett A.K.A Rell Rock, from Camden New Jersey, began rapping at the age of 11 and dropped her first major distributed album at the age of 14 becoming one of the youngest rappers to release music independently on her own label Zock Rock Records. Througout the Tri-State area, Rell Rock has created a reputation of being one of the most prolific and well-respected female hip-hop artists to bless the mic.

With remixes by NYC's Joe Pesci of house music, Tony Quattro, Estonia hip-hop/trap stalwart Paul Oja, Brighton R&B expert Jaycek, Australian ghetto-club aficionado Kraymer and Latvian bass music newcomer NiklavZ, this is really a pack with something for anyone who loves vocal and club tunes. Keeping it fresh and crossover since 2006 at Top Billin.