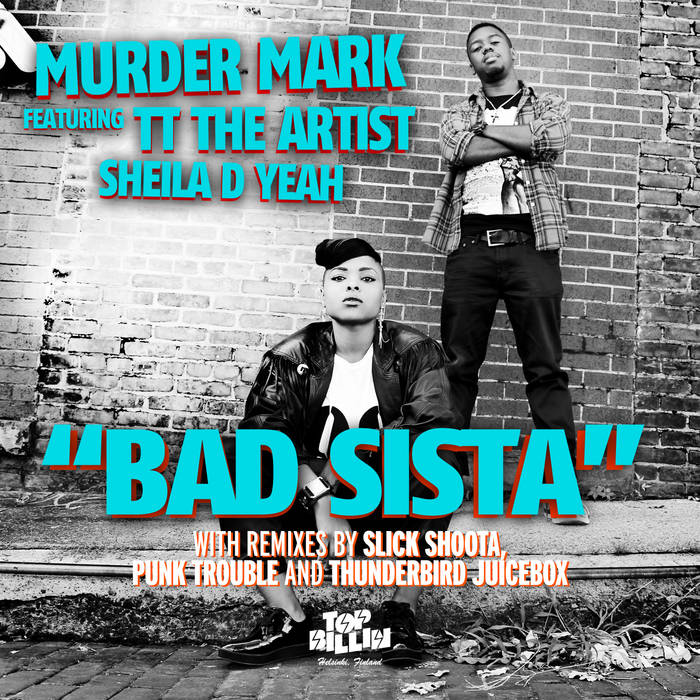 Baltimore club music, REAL club music is how we like it, so feast your ears on this big release by Baltimore's top producer Murder Mark, with vocal talents by TT The Artist and Sheila D Yeah.

As a proud Cherry Hill-native and inventive Baltimore club music producer and DJ, Murder Mark bridges the gap between the intensity of old school Baltimore club music and the futuristic style of the new school. When he’s not producing his own tracks, DJing in Baltimore’s most popular underground clubs, or shooting energetic music videos, he’s also successfully running his own music label, Zoo On Mars Entertainment. Also voted as 'Best Baltimore Club Music Producer' by Baltimore City Paper (with a cover feature), Murder Mark is what's up. His top-notch musical productions and an unwavering work ethic have caught the attention of everybody in Baltimore and beyond. Original tracks and remixes from Mark's acclaimed 'Ayo' -mixtape series have received frequent airplay on club music radio stations, and have been supported by DJs like Sinden, Brenmar, Redlight, and L-Vis 1990 to name a few, and features at Vice/Noisey and countless club music sites, things are looking bright for this producer of true club music.

The release features the vocal talents of Baltimore's multi-artist aka TT The Artist, who's art goes from sketchbooks to rhymes performer, filmmaking, creative director, community artist and designer, TT The Artist prepares to paint the world with visual language. Other work for TT includes vocal appearance's on track's by Lewis Cancut (on Mad Decent), Will Eastman (on Plant Music) and features in Vice, Fader, V Magazine and many other medias, she has got a steady reputation as a vocal artist.

Along with her musical journey, TT The Artist is a contributing mentor, advisor, and teacher and gives back to the community through working with non-profit organizations. Also featured on the vocals on 2 tracks is Baltimore's Ratchet-Pop girl Sheila D Yeah, who names Andre 3000 and Kanye West as her key musical influences. Sheila D Yeah has been performing in various states since her premiere single. She's been featured on shows with MMG artist Fat Trel. She has headlined for Yo Gotti Road to Riches tour, performed at Dunk Xchange NYC, and various colleges in the DMV area.

Big release, full of talented people again and as club-ready as it gets.